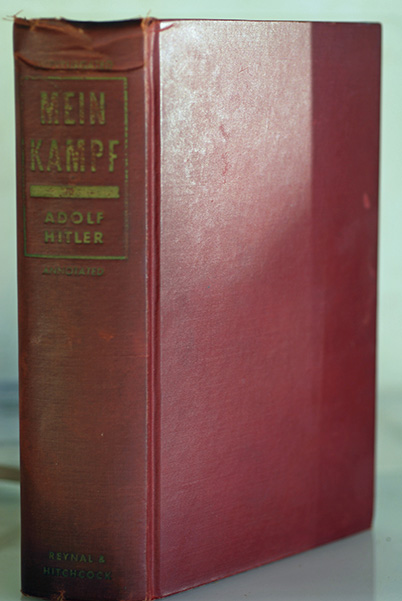 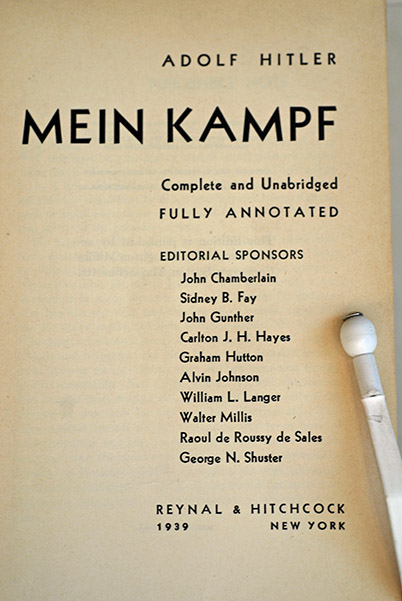 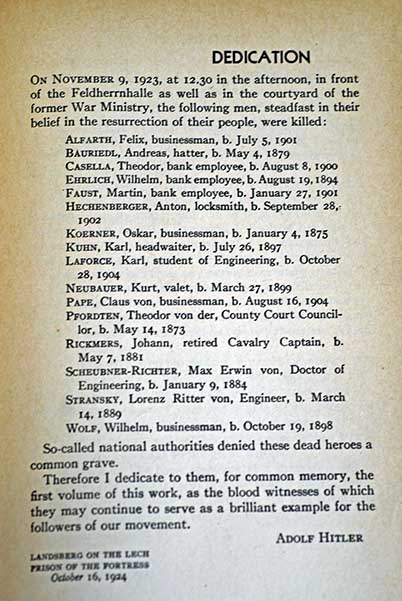 From an auction of modern firsts--which included a historical Lot with a group of books on WWII--- and with the auction tag tipped into the book--a very good copy in red cloth with gilt lettering to the spine. 993 pp. Published on the eve of WWII--Hitler's ominous and foreboding diatribe on his vision of the World--and Germany's rightful place at the top. "Just as Germany must inevitably win its rightful place on this earth, should it be led and organized on similar principles". "A State which, in the epoch of race poisoning, dedicates itself to the cherishing of its best racial elements, must some day be master of the world". Hard to believe that this madman could achieve a following of a whole country less than a Century ago.This is the unexpurgated and fully Unabridged Edition with an Introduction by 10 Editors obviously struggling to find something good to say about the publication, Hitler, and Nazism--"Here, then, in its entirety, for the American people to read and to judge for themselves". This edition is the first complete edition published in its entirety in the United States--before had only seen a condensed version published in 1933 with less than half the text. Red cloth in very good condition--only slightly toned, the gilt lettering to the spine that is almost faded and the spine itself is moderately tone darkened from age. Clean text and no other evidence of previous ownership. A scarce copy of a historical first edition.