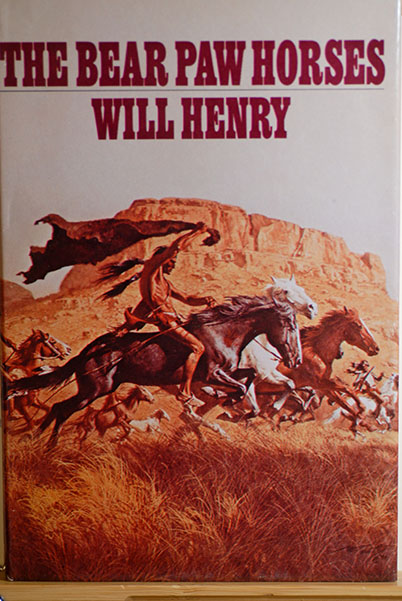 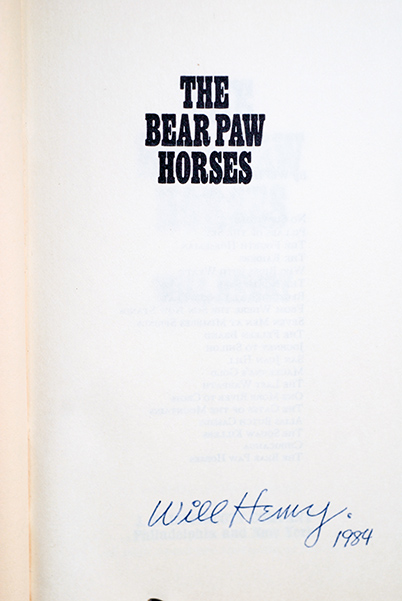 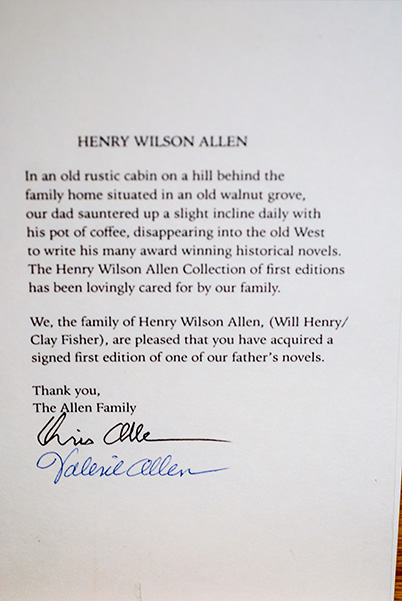 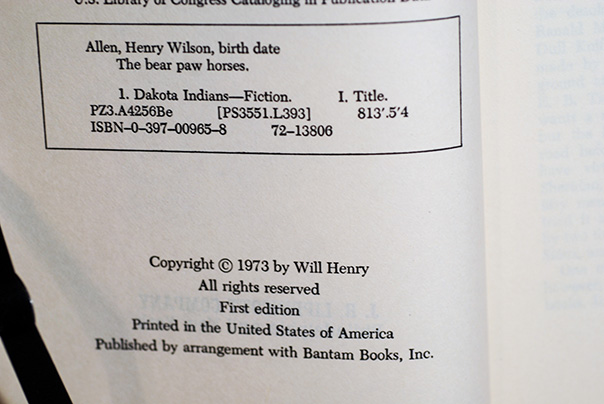 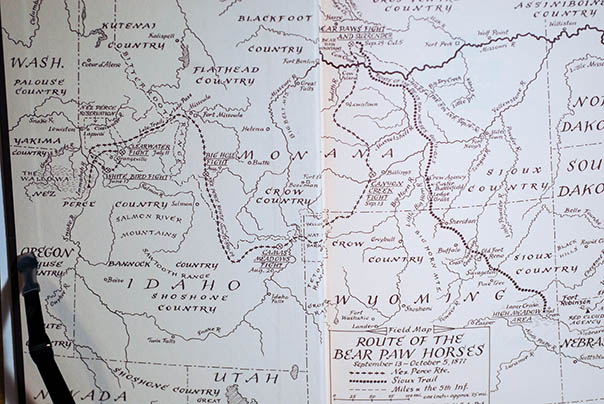 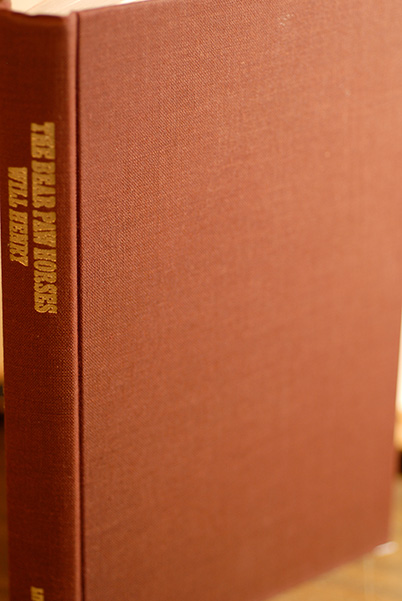 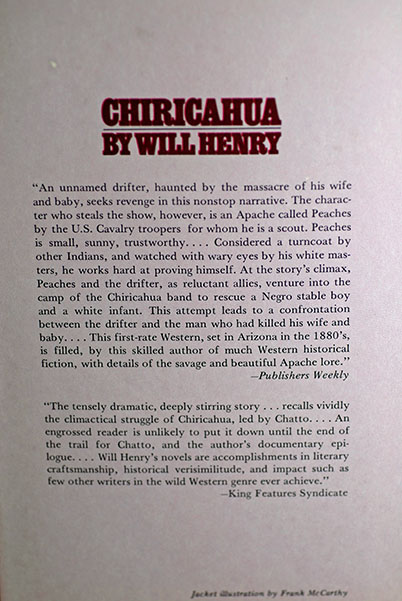 From the personal collection and Estate of Author & Screenwriter Will Henry--- (who also wrote as Clay Fisher--both pseudonyms of Henry Wilson Allen). This copy is signed by "Will Henry" and dated "1984" on the half-title page. A fine unread copy in a fine unclipped dustjacket. The story of the fulfillment of Crazy Horse's "Freedom Dream"--in which Crowfoot--along with Twilight-- his 16 year old granddaughter go on a rugged journey to return 400 stolen Oglala ponies to Chief Joseph of the Nez Perce. A solid clean and tight copy in mint condition. This is the 1973 first printing--in a second printing dustjacket-printed the same year as the first--and with no difference other than "Second Printing"--stated on the inside flap. This copy is one of a few signed copies--and all come from the personal collection of the author-- which has been in the possession of Will Henry's son & daughter--(Chris Allen & Valerie Allen Brasher) since the author's death in 1991-- and now offered for sale for the first time. Each copy sold from the collection will also contain a personalized letter about their father-- and the signatures of Chris & Valerie. A rare opportunity to purchase a quality signed copy from the author's personal collection. Over 50 novels of the American West were published under the pen names Will Henry/Clay Fisher --eight of which were adapted for the screen including "MacKenna's Gold" (Gregory Peck-Omar Sharif), "Tom Horn" (Steve McQueen), "Sante Fe Passage", "Pillars of The Sky", "The Tall Men" (Clark Gable), "Young Billy Young", "Yellowstone Kelly", and "Journey to Shiloh". Will Henry began his career in 1937 as a contract screenwriter for MGM animation division--and worked under the names Heck Allen and Henry Allen. His early work for MGM included the "Barney Bear" series --but his longest collaboration was with director Tex Avery. In 1950 Henry Wilson Allen began his career in Western Fiction under then pen names Will Henry and Clay Fisher--(fearing that MGM would not look kindly on his blossoming career moonlighting as an author)--which eventually resulted in over 50 often Historical novels about the shaping of the American West. Will Henry/Clay Fisher sold over 15,000,000 copies between 1950 and 1981--with 5 titles published after his death. A longtime member of The Western Writers of America--Will Henry/Clay Fisher won both the Spur Award and the Golden Saddleman Award.